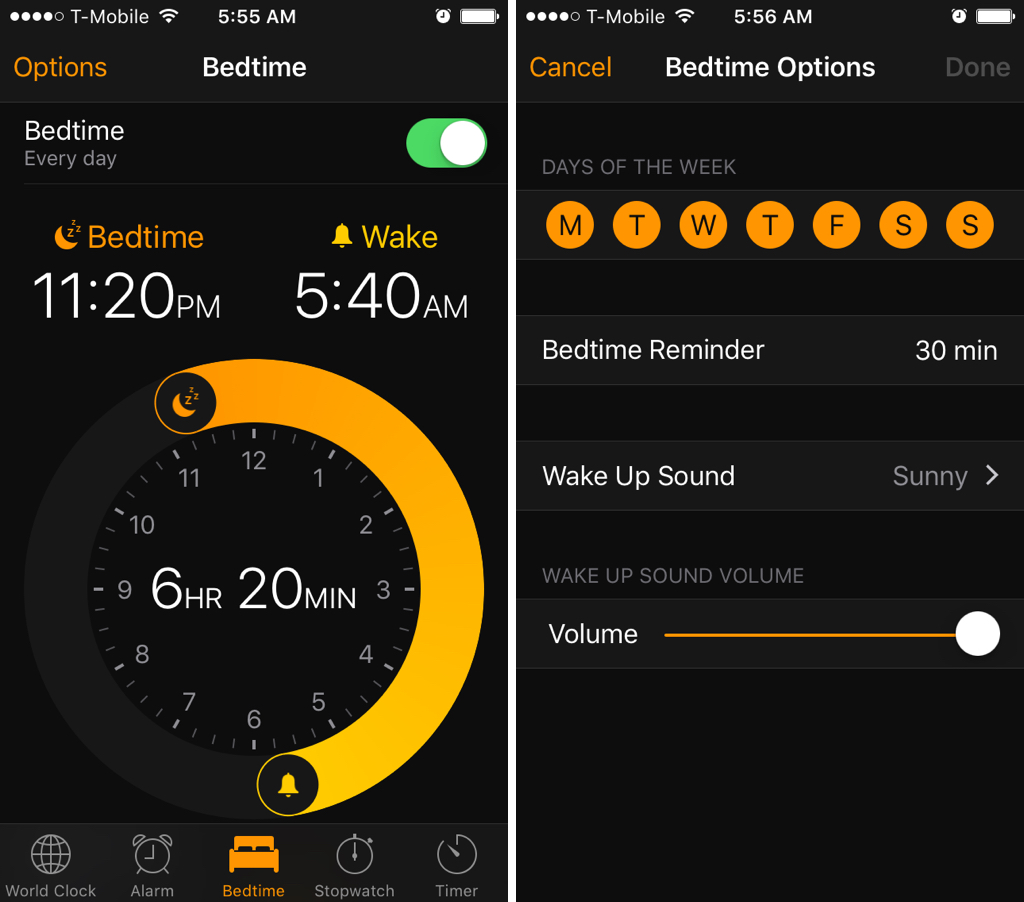 Upon opening the clock app for the first time last night, I was presented with a series of steps to get bedtime setup. I thought the steps were really pleasant in that it guided me through all the settings in a very elegant way — asking me questions like what time I’d like to wake up, how often I want to wake up at the time that I had set, when I should be reminded to go to bed and how would I want to be awaken (alarm chime).

Once everything was set, you’re presented with this really nice intuitive interface where you can adjust the amount of sleep you’ll get and when you should be in bed and when Bedtime should wake you.

This morning at 5:30am, I awoke to the chime that progressively got louder and didn’t feel groggy at all. My mind was alert and I even remembered that I had a dream.

If you haven’t discovered the new Bedtime feature in iOS 10, I recommend opening up the clock app and taking it for a whirl. Even if you don’t use it, I really love the design and experience of it. It feels like an entirely new app for iOS but it is baked right into one of its existing system apps. I also feel like with Bedtime, the developers at Apple are setting the bar of quality and saying you can create a beautiful interface and elegant user experience for iOS here’s an example.

Here’s to many early, productive mornings. Thanks Apple for Bedtime!