Since iOS 11, iPhone users have had the ability to share their Wi-Fi passwords with folks in their Contacts. I remember the first time I discovered this, it felt like magic!

But occasionally I’ve had a person over who isn’t in my Contacts or perhaps they are on a non-Apple device. I don’t feel comfortable with reading out my Wi-Fi password, so I would politely ask for their device and manually add the credentials for them to use my Wi-Fi—nothing magical about this.

While not as magical of wirelessly granting access, you can however allow people to join your Wi-Fi network using a QR code.

Using Shortcuts on iOS or iPadOS, you can generate a QR code which you can then allow other mobile users to scan and get access to your Wi-Fi.

What’s the Shortcut do?

Before diving into the steps of building the Shortcut, here is a quick overview of what it will do when it is run.

It’ll first ask you which encryption method your network is using. Either WEP (Wired Equivalent Privacy) or WPA (Wireless Protected Access). These two options are provided to you as a list to select one. 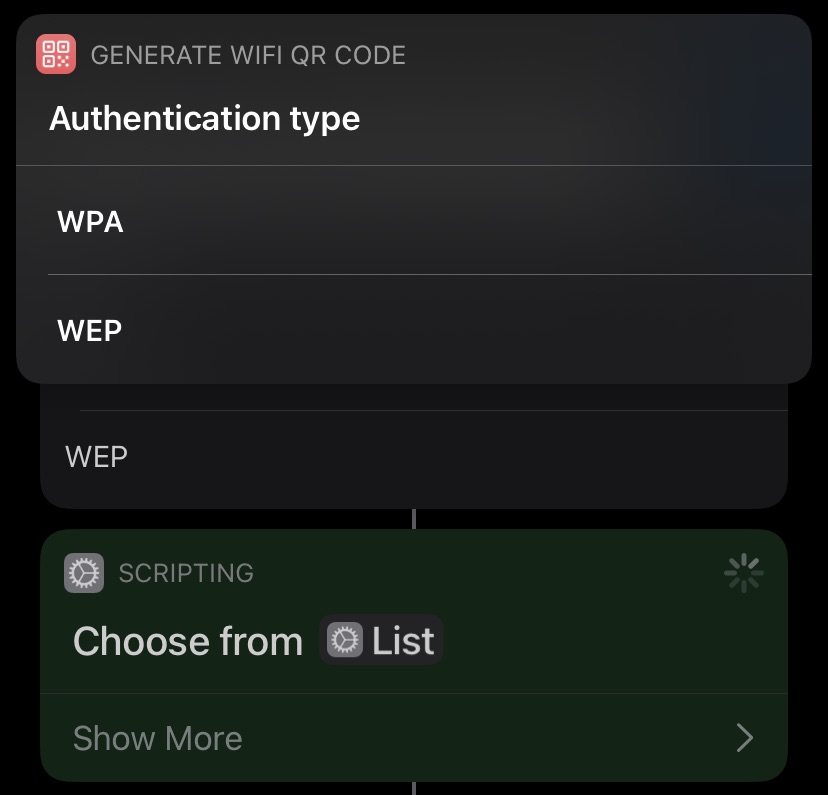 Then it asks you for your network’s name by providing a prompt to enter your answer.

Finally it asks for the password for your network by again providing a prompt to enter you answer.

Once you provide the password, the Shortcut generates an image with the QR code which contains the information for others to join your network. 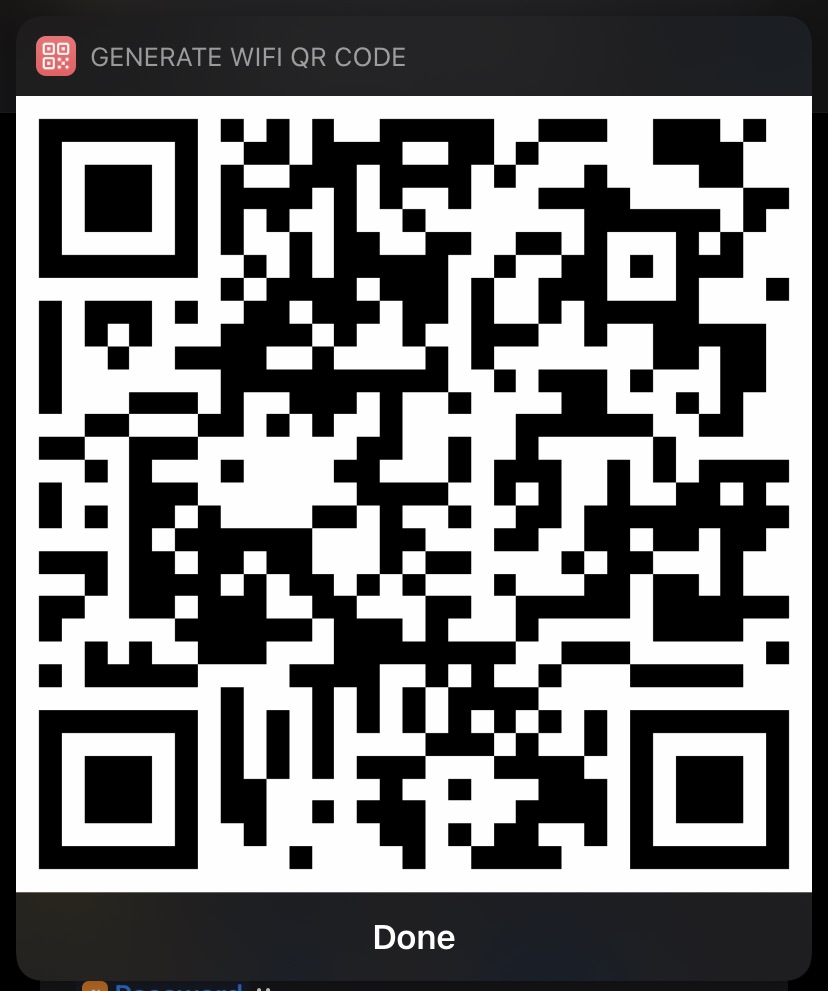 How to set it up in Shortcuts

The entire shortcut is made up of ten actions and this is what it looks like,

Stepping through each action of the shortcut

With your newly created QR code, you can take a screenshot and save it to Photos to share it with friends and family that may need access to your network. Or print it out and place it in an easily accessible place for you to point to the next time someone asks, “Hey can I hop on your Wi-Fi?”.