My family and I watched Luca tonight, a film directed by Enrico Casarosa. I first discovered Enrico Casarosa’s work when I was a student in animation school back in 2006. I had come across Sketchcrawl, a global community that encourages people to go out and crawl together—sort of like a photo crawl, but with a sketch book.

I loved the whimsical and narrative nature of Enrico’s sketches. He often uses pencils and water colors so the drawings could be a bit rough and expressive in nature but enough detail to capture the essence or story.

When my daughter tonight suggested we watch, Luca, I had no idea it was directed by Enrico Casarosa at first. But was delighted with the heartfelt story of friendship and Enrico’s style translated so well on screen and in 3D.

One detail that I picked up quickly as from Enrico’s style is the shape of the characters’ mouths–—especially Luca and Laverto’s—–especially when it was sideways. If you’re familiar with any of Enrico’s sketch books such as the The Venice Chronicles, it might be a detail you would’ve caught too. I thought Enrico’s style translated quite well in 3D. 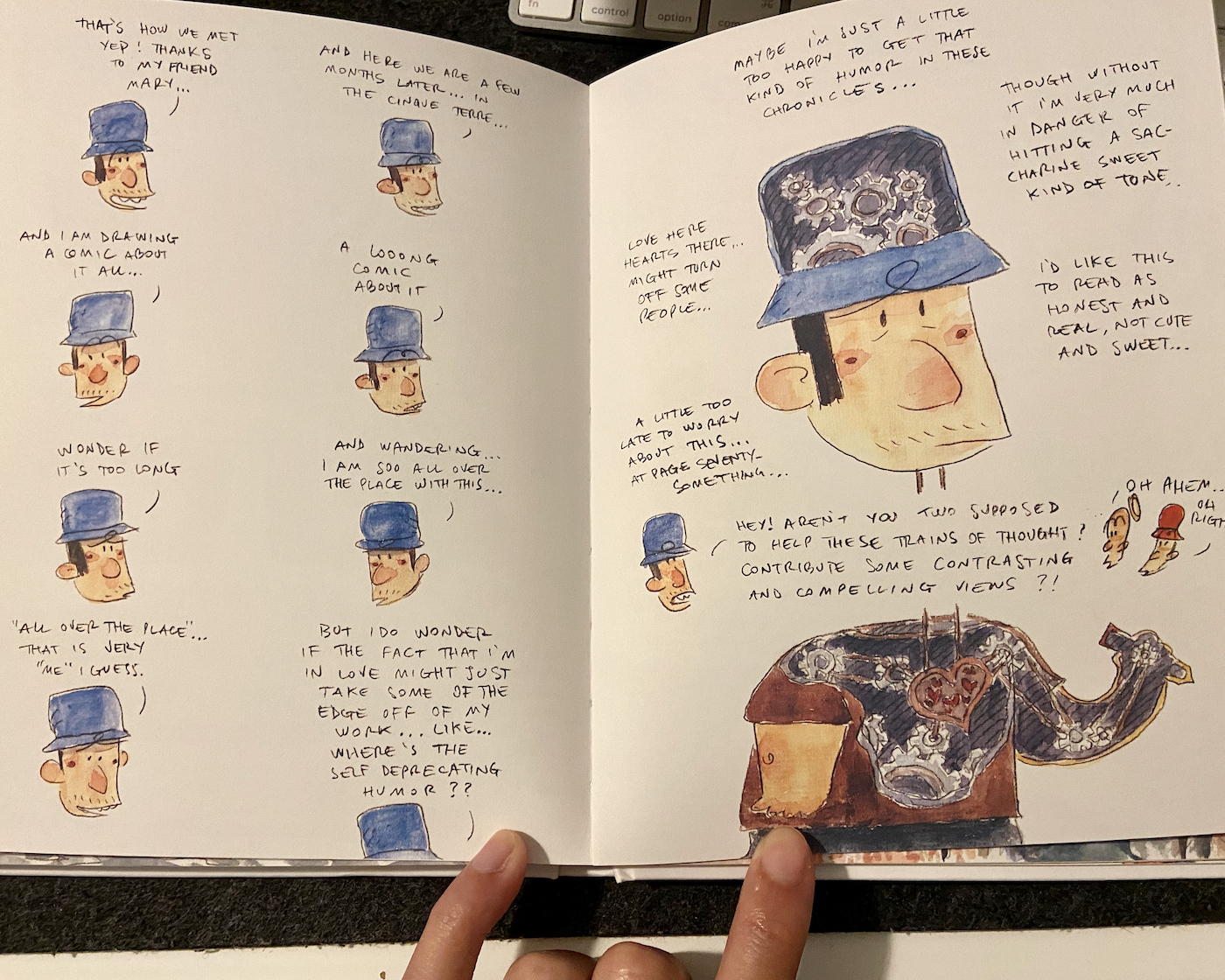 From the pages above, the picture of the inside of Enrico’s body reminds me the characteristics of Uncle Ugo from Luca.

The story of Luca centers around the titular character and his outgoing and adventurous friend, Alberto. While watching, I definitely resonated with Luca as someone that has a more timid demeanor. Their friendship reminded me of past friends who had also come into various moments of life and pushed me past my comfort zone.

I especially liked the, “Be quiet Bruno” parts as it reminded me of the lizard brain.

Visually the movie was stunning, the story was fun, I loved every character and it was cool to watch Enrico Casarosa’s style in a feature movie.

If you’ve got a subscription of Disney+ I definitely suggest catching Luca.