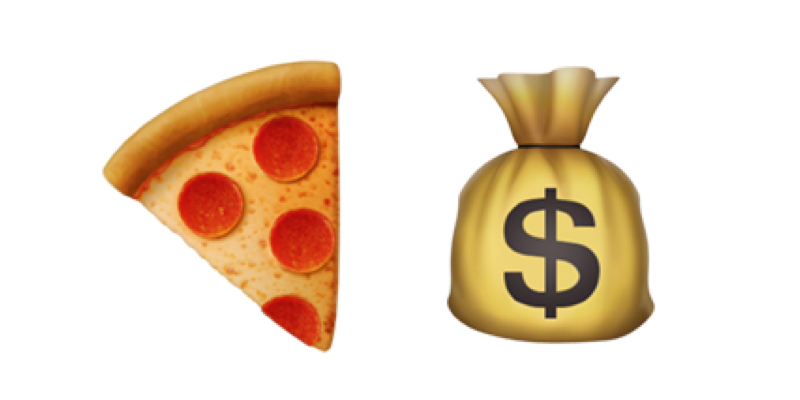 Last October, I started a little experiment that I’d like to call the pizza fund. Yesterday I decided to end the experiment and share the experience of running it.

It’s no secret that I love to eat pizza (have you ever noticed my site’s favicon?). At the time I started the fund, I wasn’t keen on growing an email list (more on this later) so I figured, if someone liked what I shared on my site, maybe I could get them to pay me a few dollars so that I could buy myself a slice of pizza, like a digital tip jar.

So at the bottom of every post that wasn’t Jekyll related, I had a call to action (CTA) that suggested if the reader liked my article, than to say thanks via some pizza money. This was followed by a link to my Square Cash account with a predefined value of $2.

When I first had the idea for the pizza fund, I used PayPal’s PayPal.me feature. Very similar to how Square Cash worked but with a significant difference.

PayPal.me like Square Cash allows you to create a link that points to your account and even allows you to pass in an amount via the URL so that it prefills a suggested amount for whoever uses it. Once a person clicks on the link, it takes you down the path of either A) logging into your existing PayPal account to send the money or B) if you don’t have a PayPal account, the long process of creating one.

This long process was pointed out by my friend, Christopher and he mentioned that it actually creates a huge giving barrier because there were just too many steps to contributing to the pizza fund. Instead he suggested that I use Square Cash, which is what I eventually ended up using.

Square Cash, on the other hand doesn’t require you to have a Square account of any sorts, you just use your debit card to pay someone. Which meant 2, maybe 3 steps and a person could pay me some pizza money. A much more seamless experience.

Aside from setting up the CTA, I also had Google Analytics track clicks on the link to my Square Cash account, this way I could gauge interest vs actual funds that ended up in my pizza fund.

Slices I ended up eating

So from October of 2016 till April 8, 2017 is the period of time I ran the pizza fund. Over that period, Google Analytics recorded exactly 200 events. Which simply means someone got to the end of an article I had written, saw the CTA and was curious enough to click through to my Square Cash link.

Which might seem impressive, but compared to how many page views that occurred during the same period which was 17,402…yeah that means 1% of the page views actually ended up being a click through to my Square Cash account. 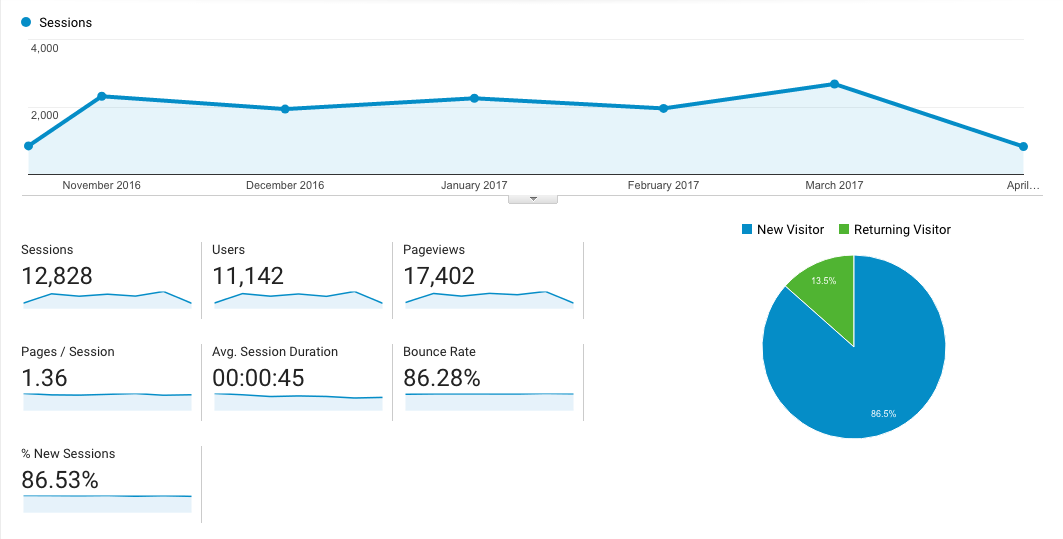 So you might be thinking, with 200 clicks to your Square Cash link, that must’ve resulted in a ton of pizza right? Unfortunately no. Drumroll please, I ended up only getting $1.50 which is my equivalent to a slice of pizza. Yup, that’s right, half a percent conversion from the 200 folks who clicked through to my pizza fund.

And I actually knew who paid me the slice of pizza. My buddy, Christopher that I mentioned above.

Which gave me insight as to why the pizza fund didn’t really work.

What I learned from the pizza fund

It was easy for my friend, Christopher to pull out his wallet and pay me a slice of pizza. It’s because we have a long friendship and he knows the type of work that I do and is constantly in the loop about my work.

They have no relationship with me.

If I think back to my own experience as a netizen, I’m only subscribed to a handful of email lists. And out of all those lists, when they do make the rare sales pitch of something they just released, it is very, very rare that I end up buying what they have to sell.

On a slight tangent, it isn’t because I don’t like what they have to sell me. Some of these folks that I follow via their email newsletter, I’ve been following their work for years and they’ve provided so much value for me. But I just can’t afford all their super cool stuff they are selling. If they had a pizza fund, I would’ve contributed already. This is because I know the value of the work they put out and although I’m not personally friends with them, the fact that they openly share themselves and their work with me consistently builds rapport.

If the folks who clicked through the CTA to my pizza fund were folks that I had built a rapport with, I honestly think the pizza fund would’ve been a success.

Which leads me to the reason why I’m axing the pizza fund.

I want to build rapport…relationships

Rapport is simply a relationship of mutual trust and respect.

How do I plan on building rapport? Through consistent communication via my email newsletter.

Something I’ve been mulling over a lot these past few weeks, is the need to connect with other humans on a human level. Often in our work places or other social settings, we’re expected to act and talk a certain way. But amongst family or friends, you’re yourself and the most human because there is mutual trust and respect for one another.

So as I axe the pizza fund, I’m replacing it with my email newsletter. So for folks who want to venture along with me, can and as I share my own experiences and knowledge that we can hopefully build rapport through dialogue.