While at a red light the other day, I looked over to see the car next to me with this license plate: 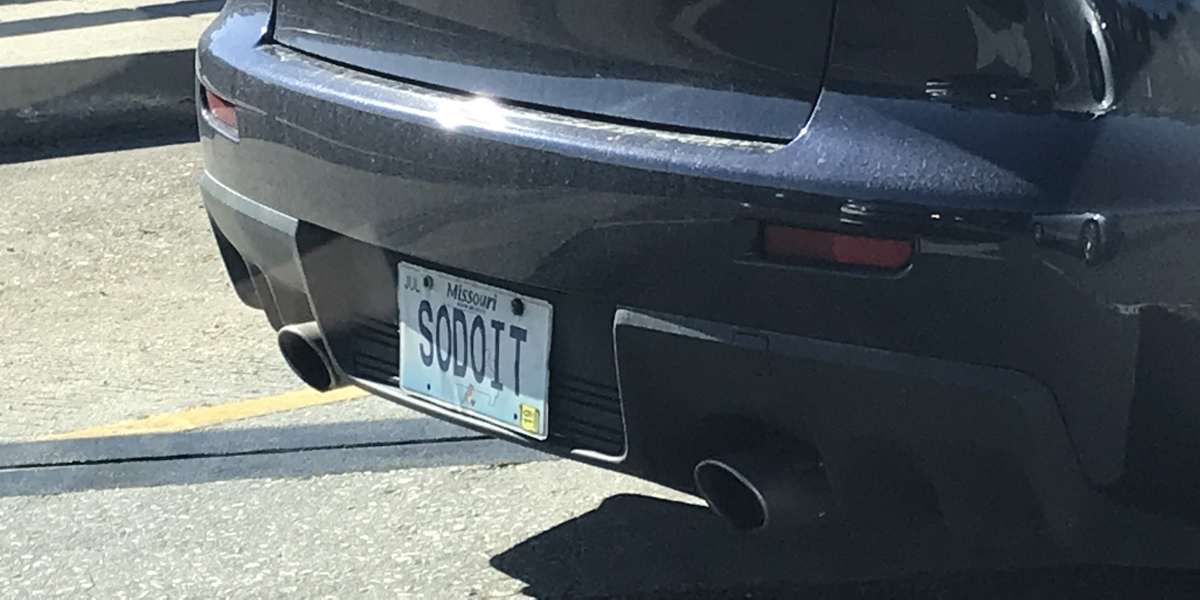 I found it humorous at first, but upon reflecting on it, I found it quite inspirational. It made me think about all those times I’ve made excuses for why I can’t do the things that I want to do at that moment. It’s almost as if this short phrase was giving me permission into the things that I refrain myself from achieving.

I really want this application to exist, but I don’t know backend development…so, do it.

I don’t have time to write…so, do it.

I should broaden my network…so do it.

Ok, you might be reading this and saying, “So, I get it, I’ll do it”. But wondering how. Here’s a few tips that’s worked for me.

The 80/20 rule says that 80% of the results comes from 20% of the input. Or in other words, focus on just knowing enough instead of being an expert.

Going back to wanting an application to exist but I don’t know backend development. Instead of trying to learn all the ins and outs of a web framework like Ruby on Rails, I could just dive in and learn the basics of how to get a site up and running. Picking pieces of the things that I would need to know for the application instead of focusing on learning everything about the framework.

Break things down to the smallest, unfailable unit

Take what you’re trying to achieve and figure out ways to break it down to small, actionable and unfailable steps.

Small, because I think often we stop short of seeing how big our ideas are and get daunted by how hard it is in achieving it. By breaking it down, it gets less intimidating.

Actionable, because you want to take action instead of letting your ideas just sit around. You have to put the effort in if you want to see results.

Unfailable, because it’s about building momentum. The moment you stop, it takes time to pick back up from where you last stopped. But if you’re consistently moving forward, eventually you’ll get faster in seeing your goals being achieved.

Use what you got

I’m a firm believer of assessing what you’ve got and fully utilizing it to achieve your goals.

So let’s say you want to build an app. Could you strip back some of the features and make the app with just the basics of HTML, CSS and JavaScript?

Or how about networking, perhaps you’re an introvert but know the value of networking. There are tons of online resources you can tap into such as online forums, Twitter, Slack channels, even conferences you can attend completely online. Or set a goal to just meet with one person every few weeks. They don’t even have to be in your industry’s network. It’s totally possible that someone else in their network aligns with what you’re doing and your interest and they can make the connection.

You have goals and so do I. And there are things that are holding us back from these goals. Often times, it’s ourselves holding us back. So, with this post and a simple phrase, “So, do it” let’s give ourselves the permission to achieve those goals.