Last November, I started to document about my upcoming site redesign. I first covered the layout, then the typography choices and then finally the technology that goes into keeping the site ticking.

During the whole process, I knew I would build the site again in Jekyll. I’ve been running this site for 3+ years with Jekyll and have continued to be impressed with how much I can achieve with a static site generator. This is a result of doing a lot of research and trial and error. Whenever I’m tasked to make a new website, if given the option, I’ll choose to build it in Jekyll.

With a few sites under my belt, I wanted to document how I build websites in Jekyll. Jekyll’s maintainers have done a great job at keeping the documentation for Jekyll robust, but there is so much more I had to learn to build a site that could hold its own against a site built with a dynamic CMS like Wordpress.

What I hope to create with the book is a step-by-step guide on how to build websites with Jekyll. The book will include everything from how to get Jekyll up and running on your computer, how to properly setup Google Analytics to track only your production site, to using Front Matter with Jekyll’s liquid template to create dynamic-like content and much more.

The book will be called Field Guide to Jekyll and you can find out more about it on the book’s landing page where I plan to post updates as I get closer to finishing the book. If you’re interested in being updated via email, you could sign up to receive updates here or from the landing page. By signing up, I will send you the first few chapters of the book which covers how to get Jekyll up and running, keep you posted on progress and an early-bird discount. 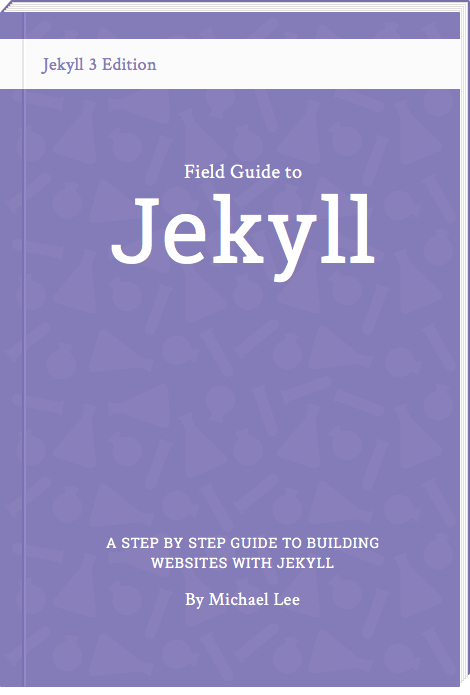