That’s the hash of the git commit for this site from three weeks ago when I removed Google Analytics. You may be thinking, “🙄 NERD!”.

Removing Google Analytics was something I had been thinking about doing for a while. The reason being, it serves no value for my readers.

Yes, it told me which of my posts was the most popular month-over-month. Yes, it made me sad when overnight a year back, when Google cut my traffic in half. Yes, I had been eyeing traffic go back on the rise.

But for a while now, I’ve known that it doesn’t serve you, the reader any value.

Whether my traffic was on the rise or fall month-to-month, I’d still consistently publish a post a week.

Even though Google tells me, my most popular posts were about how semantic versioning works in npm dependency files or the post and video on how to resize panes in tmux, I’d still write about what interests me outside of those things instead of doubling down on them.

I can tell you, in removing Google Analytics it did give my site a speed boost according to Google. So, I guess we can credit Google for that value to you, dear reader. 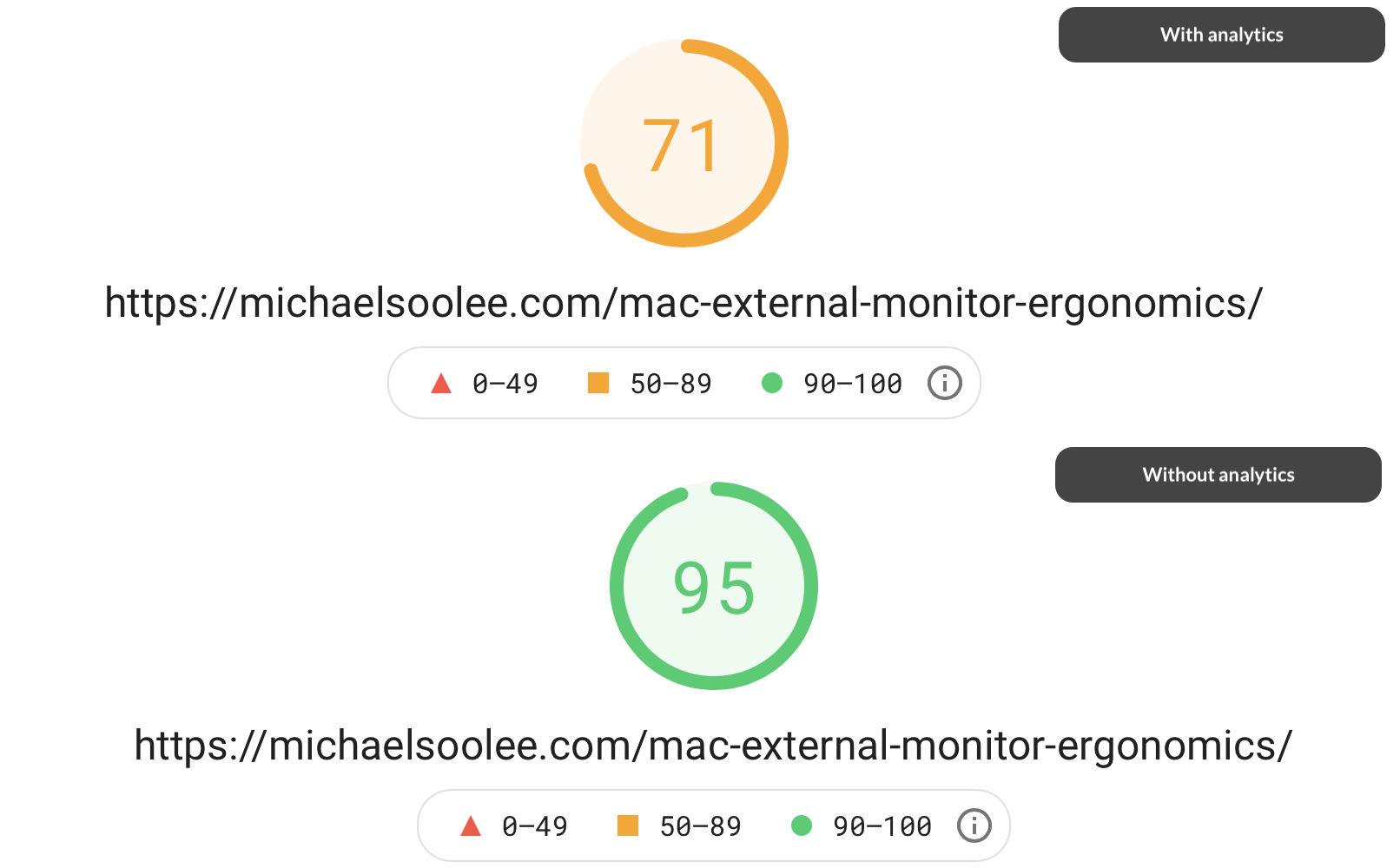 That “might” even boost my traffic, but in the past three weeks I’ve been without Google Analytics, I haven’t missed it at all.

It’s one less metric to fixate on and instead spend that energy on creating more posts and creating things you might find useful, dear reader.

So, how will I navigate what to create for this site you might ask…

Well, instead of Google telling me…

Why don’t I ask you?

Dear reader, whether you’ve been following my writing for a while or just stumbled onto this site for the first time, I’d love to hear what you’d like to read about.

While the skies aren’t the limit, here’s some topics that may interest you:

All these and more are part of my story and I’d love to even cross-pollinate topics.

Dear reader, if any of these interests you, and you’d like for me to write more about a topic, hit me up on Twitter or send me an email and let me know.

“Will you ever add analytics back onto the site?” you might ask.

But before I do, I’d need a compelling reason to do so.

And if I do, it won’t be Google Analytics, but rather a service like Fathom.